Flow, the new residential real estate startup from infamous WeWork founder Adam Neumann, ruffled feathers this week after Andreessen Horowitz announced on Monday that it had funded it—shoveling $350 million into Flow, per The New York Times. The most eye-catching part of the announcement was, of course, the founder, Neumann. His previous startup WeWork bungled its first attempt at an IPO, cost investors billions of dollars, and ultimately ejected Neumann in Hollywood-worthy fashion.

But like WeWork, the new startup is tethered to real estate—a seemingly increasingly hot area for venture capitalists. Over the years startups have popped up looking to solve or build on disparate corners of the real estate market, whether by offering community-focused residential spaces (like Neumann’s Flow apparently intends to, with a concept some are comparing to dorm rooms for adults—as well as, potentially, crypto?) or pitching fractional real estate investing.

But the reason why some VCs are funneling cash into the sector isn’t simply because home prices have soared in recent years. Brian O’Malley, partner at Forerunner Ventures, told me this week that instead, they’re trying to address a deeper dissatisfaction (and dysfunctions) among consumers and investors.

As investors, “we’re trying to be less focused on timing the market and what might look great in the next six months, and to be more focused on, ‘What systematic change do people want to have happen over the next decade or two?’” O’Malley says. “The relationship people have with their housing isn’t exactly what they maybe want anymore.”

Forerunner has invested in a couple real estate-tied startups, most recently Arrived, a company that enables everyday investors to purchase shares in single-family rental properties and receive dividends in return. Forerunner led the company’s $25 million Series A round in May (in total, the startup has raised roughly $71 million, per PitchBook data). Other backers of Arrived include Jeff Bezos’s investment company Bezos Expeditions; PSL Ventures; and Spencer Rascoff, the cofounder and former CEO of Zillow. On theme, Forerunner also invested in Homebound, a tech-enabled homebuilding platform, back in 2018.

According to O’Malley, real estate is, if not the largest, “one of the largest personal expenditures that [people] have, and there’s not been a lot of technology applied to change the way the business works. What’s exciting about that is that you’re looking at, you know, ultimately trillions of dollars of spend and an opportunity for change.” That’s “what’s got us excited,” he says.

O’Malley suggests that unlike other industries, real estate has not seen big productivity gains over recent decades. “Building things is not getting cheaper, regulation is getting more complicated, the actual financing component is still, you know, a bit of a small ecosystem of the people that were always able to finance these properties,” he notes. “The way that you buy houses, the way that you rent properties—it hasn’t really changed with other categories,” like transportation (think Uber) or restaurants (think Toast), he added.

There are clearly “different approaches to the general concept,” notes O’Malley; just look at startups like Neumann’s Flow or Arrived, aimed at tackling very different problems. And even with other competitors that focus on fractional ownership within real estate, like Fractional and LEX (the latter of which raised $15 million in January), O’Malley argues it could be more of a “rising tide” to lift all boats, as the startups take different approaches to the market.

Of course, fractional investing in real estate isn’t new. “The pitch is not that this is a get rich quick, put all your money in this and see what happens,” O’Malley suggests of startups like Arrived. “It’s like, ‘Hey, this is an important part of a balanced portfolio,’ and some level of exposure, especially the kinds of exposure we’re getting [with Arrived], which…is not highly leveraged and is dividend-focused, is healthy for everyday investors.”

What first comes to my mind is the host of big risks out there—not least a possible upcoming recession, rising interest rates, still-constrained housing supply, and a cooling residential market. Meanwhile some have raised concerns about the model of taking home properties (which people might buy to live in) off the inventory-constrained market when buying up single-family homes for such startups—the worry being that buying property to rent for investors could make homes more unaffordable for everybody else. (In defense of Arrived, O’Malley notes that “unlike other players in the market, Arrived isn’t bringing institutional money to compete with local buyers.”)

But VCs like O’Malley believe there’s a lot of change right now in how people are living and working, and “with those challenges comes opportunity.” “The category is still nascent,” he says.

We’ll have to see if these startups, like the properties they’re focused on, are built to last.

– Orna Therapeutics, a Cambridge, Mass.-based RNA therapies biotechnology company, raised $221 million in Series B funding. Merck, MPM Capital, BioImpact Capital, and others invested in the round.

– HiBob, a New York and Tel Aviv-based HR platform, raised $150 million in Series D funding. General Atlantic led the round and was joined by Bessemer Venture Partners and others.

– Super, a London-based payments platform, raised £22.5 million ($26.5 million) in funding. Accel led the round and was joined by investors including Union Square Ventures, LocalGlobe, and other angels.

– Agora, a New York and Tel Aviv-based SaaS company for real estate firms, raised $20 million in Series A funding. Insight Partners led the round and was joined by Aleph.

– BRAVO SIERRA, a New York-based male personal care company, raised $17 million in Series B funding. The Merchant Club led the round and was joined by investors including Capstar Ventures, Redo Ventures, AF Ventures, and Mousse Partners.

– Microverse, a San Francisco-based online school for remote software developers, raised $4 million in Series A extension funding. Northzone, General Catalyst, All Iron Ventures, True Equity, and other angels invested in the round.

– Quaddro, a São Paulo-based management solutions platform for small businesses and entrepreneurs, raised $3.2 million in seed funding. Valor Capital Group fund led the round and was joined by investors including Grão, Bridge Latam, NXTP and other angels.

– Sage agreed to acquire Lockstep, a Seattle-based accounting automation platform for workflows between companies. Financial terms were not disclosed.

– PAG, a Hong Kong-based private equity firm, is considering delaying its $2 billion initial public offering in Hong Kong to 2023 due to market volatility, according to Bloomberg. The company is backed by Blackstone.

– Red Cell Partners, a Tyson, Va.-based incubation firm, hired Roger W. Ferguson, Jr. as chief investment officer, chairman of the investment committee, partner, and a member of the board of directors.Formerly, he was with TIAA.

Update: This newsletter has been updated to reflect that Sumeru Equity Partners had mischaracterized some of its new hires as promotions. 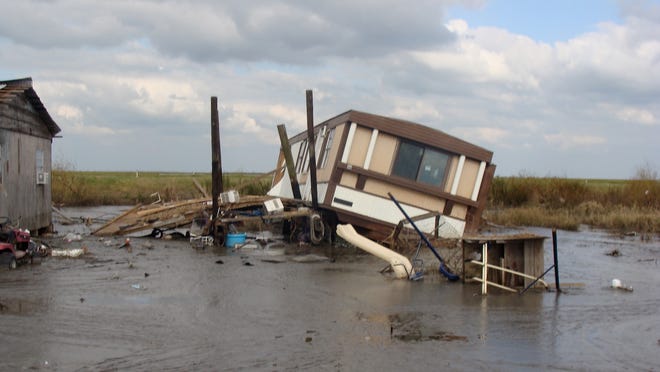 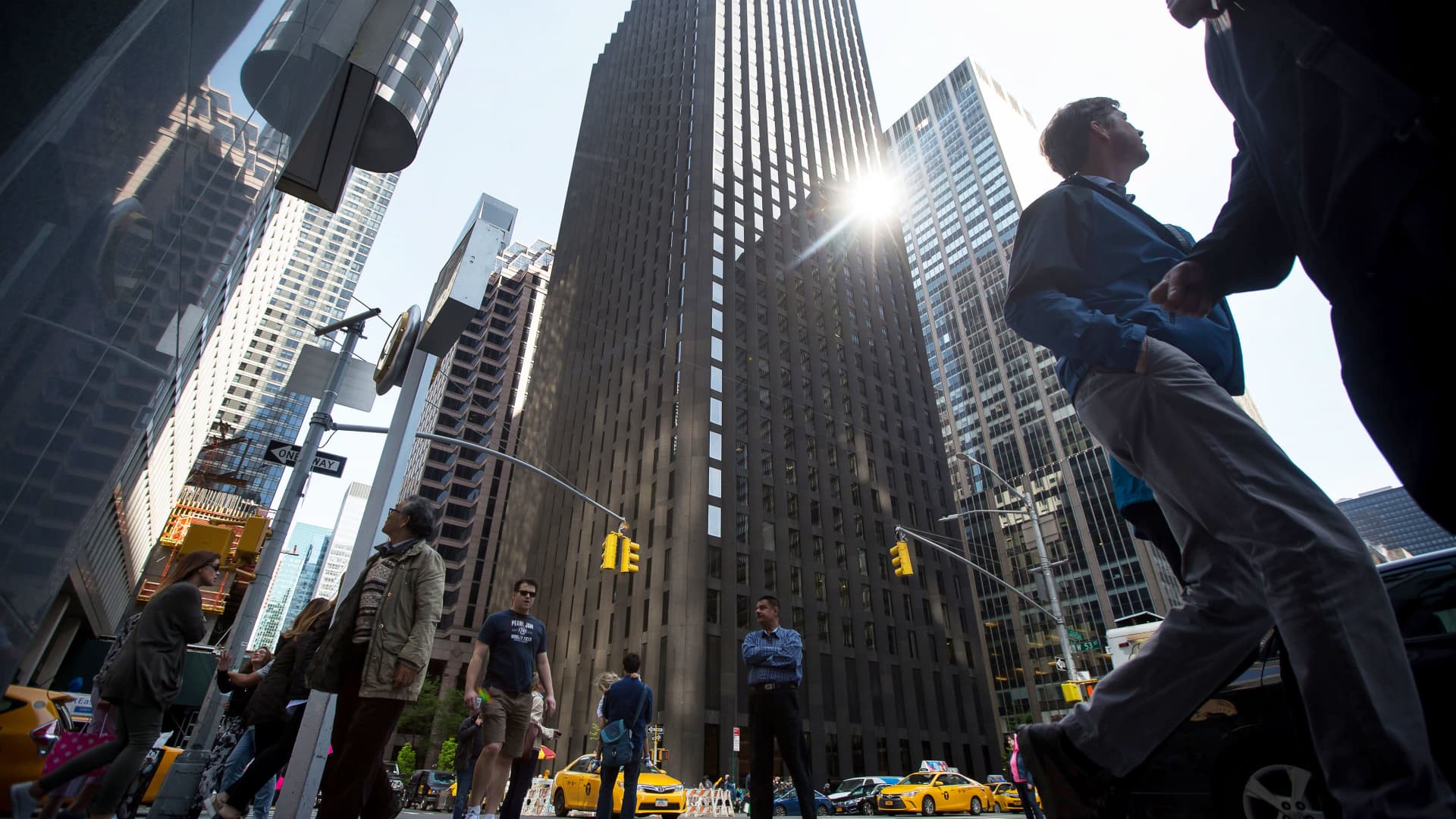