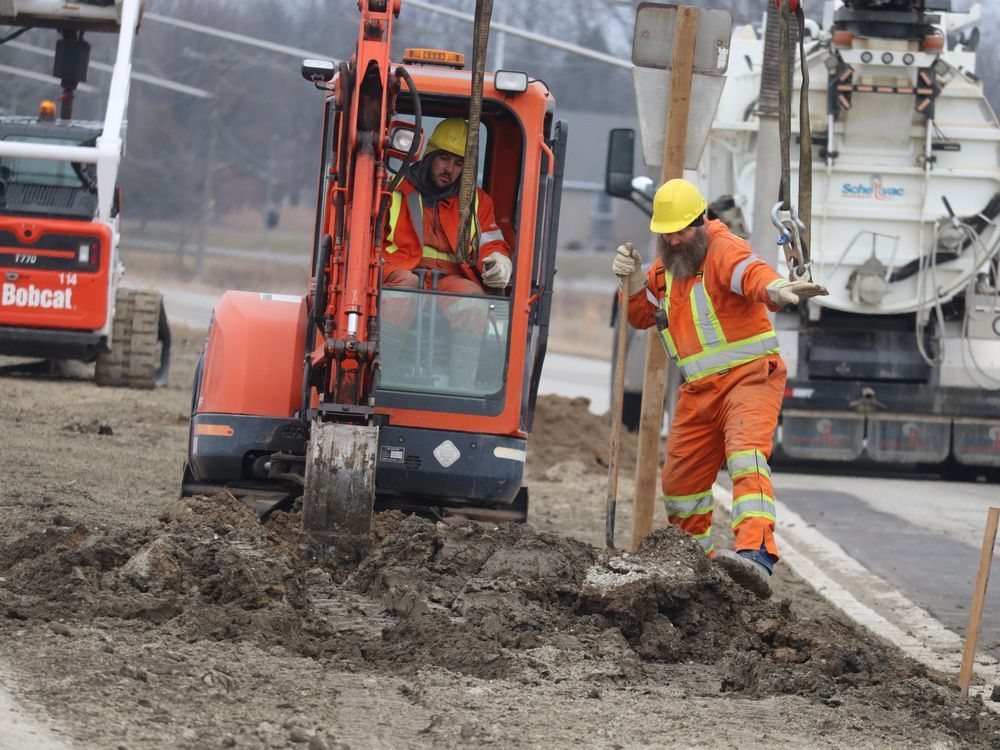 Building permits issued by Sarnia City Hall in 2022 had a total construction value of more than $172 million.

That’s a noticeable increase from 2021, when the total value of building permits in the city was about $137 million, according to year-end statistics from the building department.

The city issued building permits for 72 single-family homes in 2022, a drop from 96 the previous year.

“We’re still up from 2020,” when 65 permits for single family homes were issued in the city, said Brianne Anic, the city’s deputy chief building inspector, “and 2019 was 58 single-family dwellings.”

Last year was also active for building permits issued for ongoing large projects in the city, including an expansion by Procor rail services and construction of an Origin Materials manufacturing site, Anic said.

Origin Materials said recently it expected to complete construction of its new manufacturing site by the end of January.

The $125-million to $130-million facility, which will use biomass such as sawdust to make building-block chemicals for the manufacturing of plastic and other products, is being built in an industrial park at the Arlanxeo site on Vidal Street.

The company has said the facility is expected to employ about 50 workers once it’s up and running.

“Within the pipeline, there are a number of projects that vary between single detached dwellings and multiple attached dwellings, and higher-density residential dwellings that are at various stages that we would be excited to see advance,” said Eric Hyatt, manager of planning for the city.

A 2022 report from the planning department indicated that subdivision and condominium projects representing a total of 796 lots or units were at various stages in the approvals process with the city.

The report also said several multi-unit residential projects with a total of 1,337 units were proposed for the city.

“We have seen a bit of an increase in the number of applications for the higher density, apartment-style developments,” Hyatt said.

The Addison, a six-storey and 70-unit building on Afton Drive, is currently under construction at the former Zeller’s property.

Residents recently began moving into The Bayfront, a 15-storey apartment building London-based Tricar is completing work on next to Sarnia’s waterfront on Front Street.