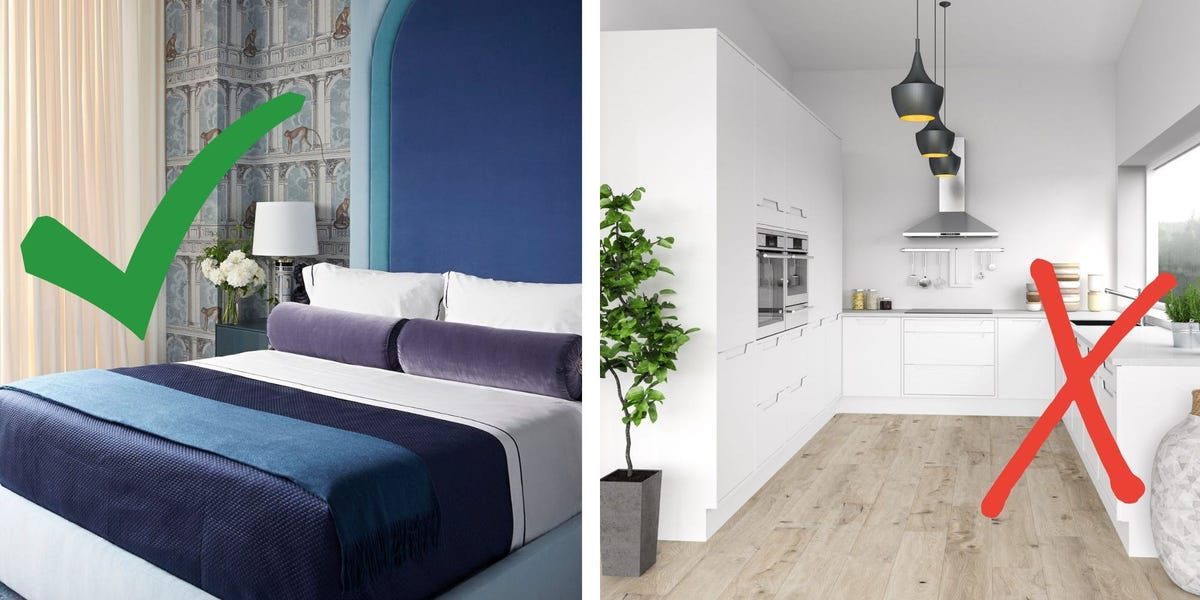 Access your favorite topics in a personalized feed while you’re on the go.

Leifer, who founded his New York City-based interior design firm nearly a decade ago, has his finger on the pulse of the design whims and wants of his clients, and those waning in popularity.

He spoke with Insider about what his clients are seeking in their homes now, and the tired trends they’re ready to leave behind.

In: Handmade and unexpected touches

The minimalist white box aesthetic that was so popular five years ago has given way to an appreciation for textures and techniques that embrace an Old World style of craftsmanship.

He’s used hand-painted wallpaper that features imagery personal to his clients and handmade Italian tiles laid in a pattern to reflect the roof of an adjacent New York City building that can be seen through a window.

Lower-lift projects include adding Venetian plaster to walls rather than the standard paint job and adding velvet trim around the baseboard and door of a room to add in that “personal richness.”

Leifer’s clients are more interested in big, bold headboards than ever before.

He sees it as a response to the rise in catalog and online shopping and the pandemic’s effect on the supply chain.

“There was this whole wave towards getting the look for less, but then I think people started seeing a lot of the same thing,” he said, adding that supply-chain issues inflated the “emotional frustration” of decorating a home.

“That’s where I personally think a lot of the interest in making these unique, personal moments came about,” he said.

Leifer has crafted an oversized arched headboard that mirrored a shape featured in the room’s wallpaper. The oversized headboard is an opportunity to be playful.

“You can bring levity into the design in a way that isn’t like turning it into a kid’s room,” he said.

In this era of the Instagram-perfect home, it’s tempting to eschew functional furniture for something that’s more aesthetically pleasing.

But Leifer said his clients are becoming more practical than that. Case in point: The ergonomic chair, which isn’t really known for its good looks.

“I’m seeing more demand for things being what they should be and more conscious decisions in terms of health choices,” he said. “For example, we’re doing a study and we’re buying the prettiest ergonomic chairs we can find, because it’s important to have good back support. Whereas in the past, it may have been a club chair style on a swivel caster base.”

Herman Miller’s Aeron chair is the gold standard for ergonomic chairs, and is about as streamlined-looking as they come. They start around $1,200. Branch Furniture‘s less costly options start around $330.

Leifer said his clients aren’t using white as a fallback anymore, but rather an intentional decision. It boils down to people, after spending a few years at home, really wanting to have a personalized space that speaks to their own aesthetic.

“If you’re using it, it’s an intentional decision,” he said. While clients are still interested in white kitchen cabinetry and white bathrooms, for instance, it’s because “they want it to feel crisp,” and not just because it’s an old standby.

Be gone tassels and reams of drapes: Simplicity and intention are the name of the game when it comes to dressing up windows now.

“It has to finish a space to a certain degree,” Leifer said, but clients aren’t falling back on the old rulebook.

Instead they’re curious to experiment with new touches, like the project where Leifer’s using bronze casings around windows. It’s not dressing windows for the sake of dressing them — it’s all about intention.

how to recover health